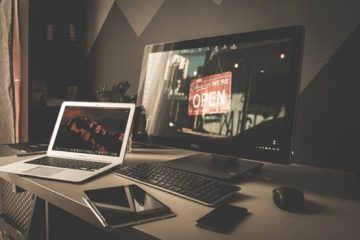 Artificial intelligence, the Internet of Things and cyber threats are among the biggest forces that will impact the internet over the next five to seven years, according to a new report from the Internet Society, a nonprofit focused on the open development, evolution and use of the internet. The organization’s 2017 Global Internet Report predicts a mix of promise and uncertainty as we move toward the digital future, and makes recommendations for safeguarding the internet for the next generation. 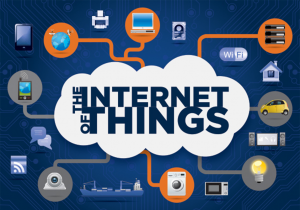 The report identifies six key “drivers of change,” emphasizing that the forces are highly interconnected:

The Internet & the Physical World (a.k.a. the Internet of Things): While the IoT is transforming economies and societies with more efficient, data-driven services, challenges such as security threats, device vulnerabilities, incompatible standards and privacy concerns could undermine the technology’s promise, the report warned.

Artificial Intelligence: The opportunity for new services and scientific breakthroughs is overshadowed by ethical concerns and the possible emergence of a “surveillance society.”

Cyber Threats: “As new technologies such as AI and IoT increase our dependence on the network, the severity of security challenges and vulnerabilities grows in parallel,” the report said. “Yet, we cannot afford to let the ‘securitization’ of the internet, and our digital lives, run rampant,” lest we sacrifice our personal freedoms.

The Internet Economy: “We are on the verge of a technological transformation that will disrupt economic structures and force businesses to think and act like technology companies as billions of devices and sensors connect to the network,” the report said. “The hyperconnected internet economy that results will see traditional industries morphing, emerging economies thriving and new market leaders from around the globe driving innovation and entrepreneurship.”

The Role of Government: “As the internet grows and expands into more areas of our economy and society, governments will be faced with a host of new and complex issues that will challenge all aspects of their decision-making. Their responses to these challenges will impact not only freedoms and rights and the economy, but also the internet itself.

Some of the report’s recommendations include:

“Our extensive research clearly shows that just as when the Internet Society was founded 25 years ago, people believe that the internet’s core values still remain valid — that it must be global, open, secure and used for the benefit of people everywhere in the world,” said Sally Wentworth, vice president of global policy for the Internet Society, in a statement. “We found that people share a sense of both optimism and disillusionment for the internet’s future in equal measure. While there are no guarantees of what lies ahead, we know that humanity must be at the center of tomorrow’s internet.

The internet must continue to benefit people and create new social and economic possibilities to fulfill the premise on which it was built. We should heed the warnings in this report and begin to take the actions today that will help to keep the internet working for everyone, everywhere far into the future.”
The full report, which dives deep into each challenge, its impact and possible solutions, can be found on the Internet Society site.

About the author: Rhea Kelly is executive editor for Campus Technology. She can be reached at rkelly@1105media.com.